skip to main | skip to sidebar

Austrian authorities said Thursday they arrested an elderly Turkish-born man suspected of fatally shooting a younger Turkish associate and slicing off the victim's penis in what investigators called an "honor killing."

Officials said witnesses claimed the man allegedly shot the victim, a 58-year-old Turkish-born man, in the street with a shotgun at point-blank range and then cut off his penis with a knife, leaving him to bleed to death.

Investigators believe the suspect apparently was jealous that the younger man had flirted with his wife, and had sought him out as "a question of honor," said Franz Polzer, head of the region's criminal investigations office.

• In August, a federal court in Germany ordered a retrial for two brothers acquitted of fatally shooting their sister --an attack that prosecutors said was meant to punish the Turkish-German woman for her Western lifestyle.

• In Britain in July, the father and uncle of an Iraqi Kurd woman who was murdered for falling in love with the wrong man were sentenced to life in prison for ordering the killing.

• In 2006, a Danish court sentenced a Pakistani man to life imprisonment for ordering the slaying of his 19-year-old daughter, who was gunned down two days after her wedding because her family allegedly disapproved of her choice of husband.
Το εγραψε ο i-fallos (Καπεταν Ηρεμος) στις 7:19 μ.μ. 6 σχόλια: 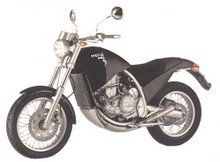